At Expel, we believe that human time is precious, and should be spent only on the tasks that humans are better at than machines – making decisions and building relationships.

For the rest of the work, it’s technology to the rescue.

We’ve built our platform, Expel Workbench™, to provide an environment where our analysts can focus on high-quality decision making. In order to do this, we knew we needed the platform to be like fly paper for inventors – good ideas should be easy to experiment with and get into production.

Everything you can do in our platform has a discoverable (Open API FTW!), standard compliant (JSON API anyone?) application-programming interface (API) behind it. If you can click it in the user interface (UI), you can automate it with client code.

Internally at Expel, we’ve been taking advantage of our APIs from the very beginning, but we’ve always hoped to see customers do the same.

Today we’re announcing the release of pyexclient, a python client for the Expel Workbench.

We’ve built on our learnings over the past few years and have beefed it up with documentation and lots of examples. With the release of pyexclient we’re including:

Here’s a screenshot of change point analysis available in the notebook: 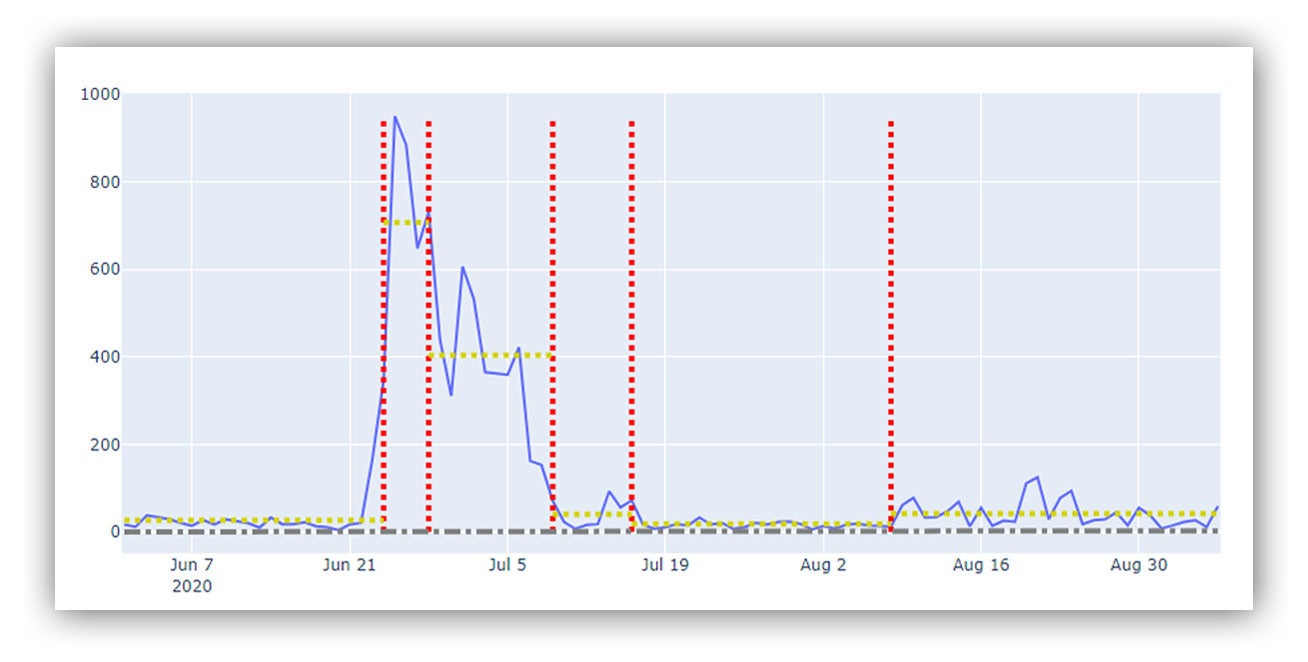 As we’ve been working with our customers to protect and build out their cloud environments, we’ve been impressed with the raw power that can be achieved with composing APIs and configurable components.

Work that used to require a huge team to customize enterprise software is now just a script away.

We’re really excited to get this client in the hands of our customers and partners, and see what innovative ways they leverage the information available in Expel Workbench.

Interested? We hope so! Getting started is as easy as “pip install pyexclient”. Head over to our pyexclient documentation page for more details.

In this second post in our three-part series on all things metrics and SOC leadership, our team dives into details of what metrics and techniques are used to protect the SOC against volatility.
Read More
Share This x
Back To Top