In the spirit of transparency, accountability, and raising the bar for what organizations can and should expect from their managed security provider, we’ve created a public status page (http://status.expel.io/) for Workbench. You can check system health, uptime and keep an eye on scheduled upgrades and maintenance. If you’re one of those people who likes to hear your phone buzz, you can sign up for email, SMS or RSS notifications by clicking on the Subscribe to Updates button and we’ll send you updates whenever there’s a hiccup or planned downtime.

Check it out and let us know what you think! 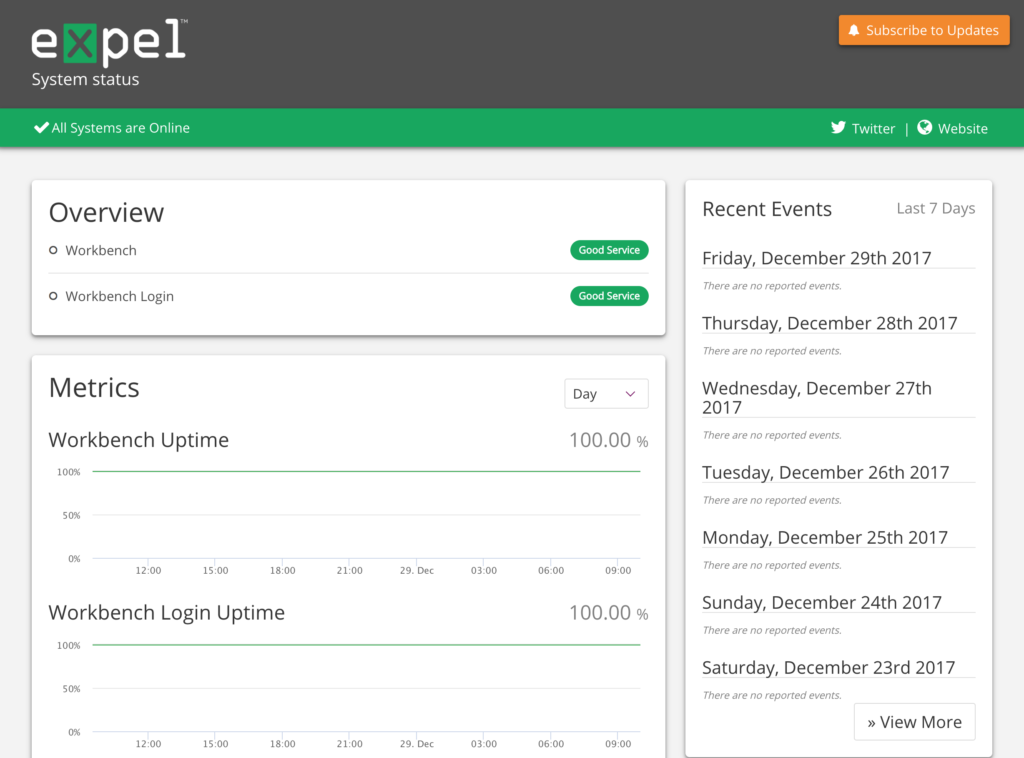 We’ve made some improvements to the Situation Report dashboard that make it easier for you to see the items that require your attention:

We’ve made two small, but user-friendly, updates to the security incident tile and banner:

We want to let the good guys into Workbench and keep the bad guys out. Now, when new users try to enroll with an expired or invalid link, they’ll see messaging on the login page that indicates what the problem is — but doesn’t tip off evildoers with too much information.