It’s May. Do you know where your alerts are? Cause we do. From our new Alerts Ticker in Workbench to the beautification of our Alerts Analysis dashboard, knowing what’s going on with your alerts – and why – has never been easier.

Lots of improvements to our Alerts Analysis dashboard

As in, a lot. We’ve spent a healthy dose of time working on improvements to the Alert Analysis dashboard to help improve its understandability and readability. First, we’ve added a percentage comparison that will calculate activity changes based on the time filter you’ve selected. This feature will indicate whether your counts have increased, decreased or remained the same in comparison to the selected period of time.

You may also have noticed the labels for “Investigations” and “Security Incidents” have been changed to “Investigations from alerts” and “Incidents from alerts,” We made this change to better communicate what events are influencing numbers in these counts. We’ve also added descriptions below the funnel to explain why the sum of numbers shown in alerts from individual vendor tech may not add up neatly to the numbers in the funnel. Some of our other changes to the dashboard include minor tweaks to graph verbiage, formatting and behavior to make it easier to interpret information being displayed in graphs.

To make life easier, we’ve introduced a new feature called “Verify Action.” With “Verify Action,” analysts and our gloriously inquisitive bot RuxieTM will prompt you to “Verify” activities when new investigative actions are created. You’ll get a Slack or email (or both) notification request to verify activity that will then prompt you to provide a thumbs up or down about whether or not an activity was expected in an investigative action. Ready to get started? All you need to do is make sure you have notifications turned on for when an action is assigned to you or your organization. 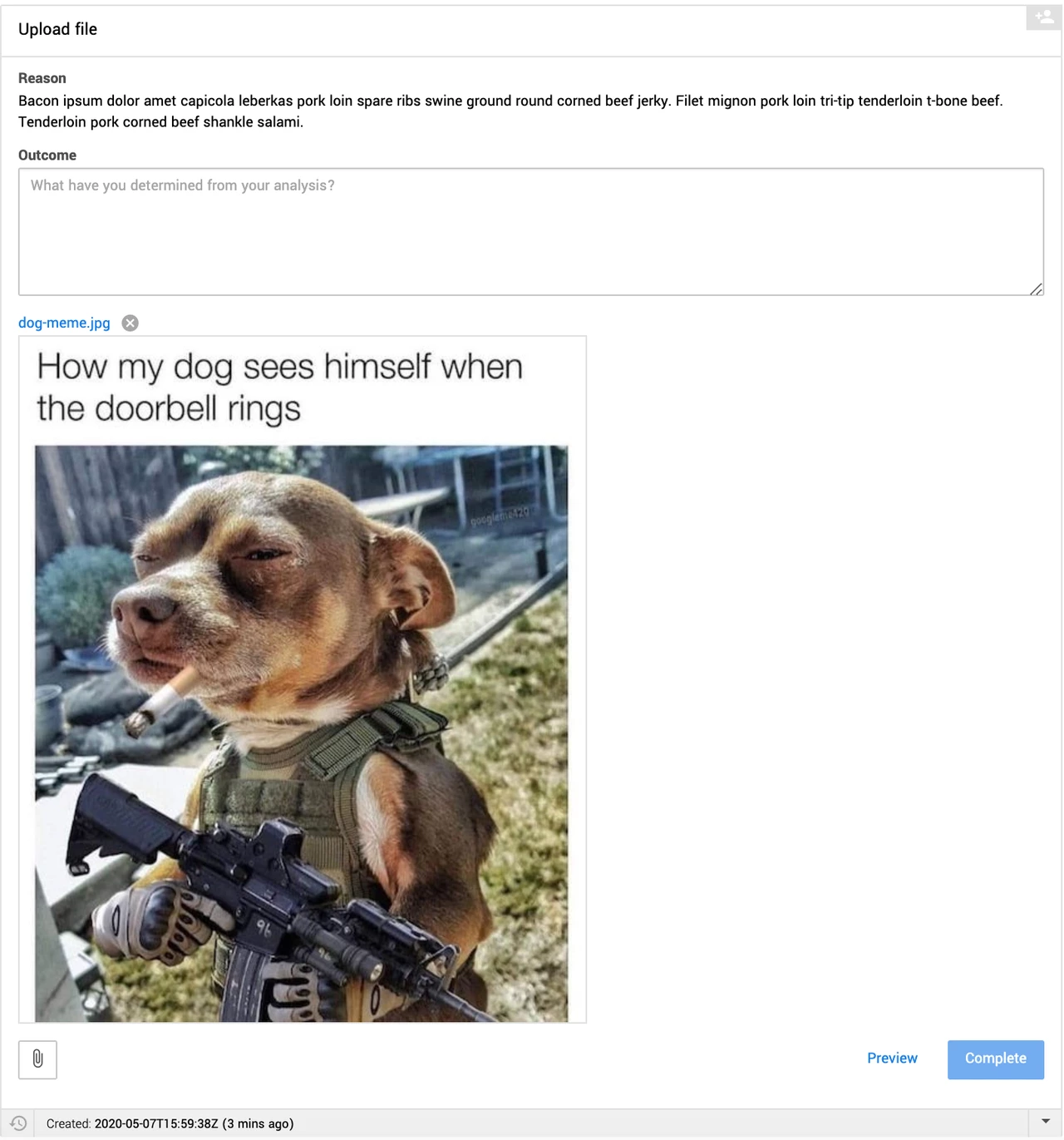 Other fixes (plus a few odds and ends)